What’s in a name, anyway? Several people have asked where the name ‘Farley Bend’ came from.  The answer: I don’t know.  I was pondering the idea of writing a book during my morning drive, and somehow Farley Bend was there.  When I arrived at work I wrote it down on what I expected to become a list of fictional Maine towns.  At the end of the day I brought the list home; it still contained just one entry.

Farley Bend?  All right.  Before settling on the name, I did some internet searches.  I didn’t think I’d ever heard of a Farley Bend in Maine.  I learned that there is a real estate broker named Farley in Bend, Oregon.  That didn’t sound close enough to cause problems.

I wanted to name my main character Emily, because I like the name.  Allen seemed like a good match for Emily – short enough to balance well, and pleasant.  Imagine my surprise when one of my earlier readers told me she has a relative named Emily Allen!  To my knowledge I’ve not met an Emily Allen, though perhaps one day I will.

I surveyed a number of people when I started creating the cast of characters to work at the Farley Bend Mill.  I knew I wanted first names that could have been common during the late 1930’s, and I didn’t want to use only names of friends and family who lived during that era.

Until I started working on this post, I didn’t realize that I used first names of people I liked for many of my characters and selected first names of people I didn’t know for the villains.  I don’t know anybody named Amos, nor do I know anyone who shares the first name of the villain in Volume II.  There are a few names I’m intentionally avoiding because I don’t want to spend any more time than strictly necessary with mental pictures of those individuals.

Writing as therapy?  Probably.  It’s been an interesting experiment, anyway!

The older I get, the more the days blur together.  In the blink of an eye the leaves are turning color again, though it feels like just yesterday I was shoveling snow and wishing for the sight of green grass.  Or even brown grass.  Or mud.  Anything but unending fields of snow and bumpy roads with miles of dingy brown snowbank as far as they eye can see.

As the pace of time speeds up, I find I have more trouble pinpointing when good things happened.  Today we spent some enjoyable time bombing around in our little red Miata, and wondered how long we’ve had this car.  Six years?  Seven?  And when was that motorcycle trip to Cape Breton Island?  Hmmmmm.

I also have a tendency to save favorite single panel strips from page-a-day calendars, and occasionally print similar graphic jokes.  After a while the area around my desk became littered with things that make me chuckle.  Inevitably some of my favorites began to fade or wound up covered by other new, shiny things.

A few years ago I bought a bound book and turned it into a perpetual calendar.  My goal is to record at least one good thing on each date.  I’d also like to identify a birthday for each date, and to select dates that match up with my favorite graphic jokes.  It’s still a work in progress – as new grand-nieces and grand-nephews arrive, I add their birthdays.  It’s turning into a thing of beauty, and reminding me each day of how very lucky I am.  Eventually I’ll have recorded an entire year of adventures, birthdays, blessings and chuckles.

Perhaps the folks in Farley Bend will share birthdays with some of my favorite people.  If you’d like a character to share your special day, leave me a note in the comments below.

I spend a significant amount of time in the car each work day – nearly an hour driving to work, and of course a similar amount of time going home again.  Since I travel with a smart phone anyway, why not see if I can spend that time working on Volume II?

Last week I downloaded a text-to-speech app for my phone.  In theory that means I can talk to my phone and have my words turned into text that I can then import into a word processing program and add to my book.  Beautiful plan, isn’t it?

Here is an excerpt from Wednesday’s experiment:

“Ok 33 chapter 1 don’t know how will Bible try as it picked up by voice today document Lorex killer it I want they are fired list they know about it baby truck up the background sure let’s do it later 30 I want to break it apart art I need a doctor single where the F you think whitney.  Help us horse on everybody will will but they will actually be what’s going on…”

Believe it or not, that doesn’t really resemble what I said.  It’s surreal enough that I don’t think reading it helps me figure out where I was going at all.  Back to the drawing board!

A couple of decades ago my husband and I discovered a small pizza and sandwich shop named Vesipucci’s.  I do not remember how we heard about Vesipucci’s, but I do remember that they featured a sandwich called a nightmare, and that their pizza was the best I’d ever had.

A few years later the owner opened a new location in Portland after selling the Lewiston shop.  Pete and I began planning pizza picnics, and quite often planned errands in Portland around lunchtime so we could stop in and buy our favorite pizza (ham and pepperoni).  Owner Dave recognized us when we stopped in for pizza, and we encouraged him to sell the Portland location and open a new branch closer to our home.  Dave would laugh at our suggestions but refused to commit.

Last fall we noticed staff changes in the Portland location, and we were disappointed by the quality of the pizza we bought.  A month later I tried calling for a pizza, and was informed that they wouldn’t have pizza dough ready for a few hours.  Really?  No pizza dough available on a Saturday afternoon?  What was the world coming to?

We grieved.  Perhaps that’s an exaggeration… then again, maybe not.  Vesipucci’s pizza was not merely tasty in its own right, but was tied to memories of early dates and picnics.  And the sandwich they called a nightmare – 4 meats, 4 cheeses, veggies and seasoned oil on their own homemade bread.  Nothing like it anywhere.

Yesterday my aunt pointed out an article in the local paper – Vesipucci’s was back in Lewiston!  Of course that meant Pete and I needed to go out for pizza last night.  I called in our pizza order, and was told it would be ready in twenty minutes.  Hooray!  Would it be the pizza we remembered?

It turns out we are not the only ones with fond memories of Vesipucci’s. The place was mobbed when I arrived, and I wound up waiting another half hour to collect my pie.  Was it worth the wait? Absolutely!  It was devine.  Though Vesipucci’s is now close enough to home to bring a hot pizza with us, we decided to honor tradition and eat in a scenic spot overlooking the river, as we used to when we bought pizza from the Portland location.  It was a very tasty meal, and we enjoyed watching the river flow by as we ate.

What does this have to do with communication?  I wish I’d known prior to yesterday’s newspaper article that Dave sold the Portland location and was working on a move back to Lewiston.  And it would have been nice if the young woman working the register could have predicted I had another half hour to wait and shared that information with me.  I heard several other customers grumbling about the wait… if they’d had more accurate time estimates, perhaps they’d have waited more patiently.

So why this blog post?  I am working on Farley Bend, Volume II.  If you want to know how that’s coming, please click on the ‘add a comment’ link below and ask to be added to the Farley list.  I’ll let you know how things are going, and what you might expect for a publication date for Volume II.

You won’t find much information here about that Farley Bend!

Before I named the town, I googled Farley Bend to see if such a place existed in the United States.  The first several returns pointed to a real estate agent named Farley who lived in Bend, Oregon.   I decided readers were unlikely to confuse my imaginary town with a broker on the opposite coast, so Farley Bend wound be fine.

Turns out there is a Farley Bend in on the Murray River in Victoria, Australia!  Want to go there?  Population zero, so it’s likely a quiet place.  I gather it’s a reserve of some sort (wildlife, maybe).  I’d love to visit, some day.

Coordinates for the Australian Farley Bend:

I haven’t yet selected coordinates for Farley Bend, Maine.

I’ve added some information to the site – under the ‘local flavor’ link above I have started a list of links real places mentioned in ‘Farley Bend’.   I am also planning to post recipes mentioned in the book; Emily’s chicken pot pie is the first of these.

On the ‘Maine Creativity’ page I am collecting links regarding creative people here in Maine.  The list will grow as I obtain permissions, so check back.  Feel free to email me if you have suggestions for this list.

I’m pretty sure I could drive myself crazy checking Amazon stats – but I couldn’t quite resist sharing this.  Some day I’d love to see ‘Farley Bend’ hit the Top 100 list…

Of how many?  I have no idea how many books are available for purchase from Amazon, and perhaps that’s just as well.  I was thrilled to see ‘Farley Bend’ on Amazon, so of course I go back from time to time and visit the page again.  Wow.  That’s MY book!

Today’s rank is in the 600,000 range, so it’s a good thing I haven’t quit my day job.  Though I must admit that as I ponder plot and characters for the next volume (Kate’s Story), I wish I had more time to spend in Farley Bend.

I really enjoyed spending time in Farley Bend, meeting the characters and figuring out what made them tick.  I’m not entirely sure my friends and coworkers realized what they signed on for when they asked “How’s the book coming?”  How much time do you have to listen to the answer?

I’ve worked on stained glass projects for a few years, largely for my own satisfaction and occasionally to present as gifts.  It took quite a while to gather the courage to offer stained glass gifts to friends and family, because it felt like I’d poured so much of myself into the crafting process.  At least I thought so at the time.

A book is an entirely different proposition.  I decided early on that if I was able to finish the book I was not going to submit it to a standard publisher or try to find an agent.  I was not prepared to have someone with authority tell me that the masterpiece I’d poured heart and soul into was not actually a masterpiece at all.  Then I heard about CreateSpace, and that authors can submit works directly to Amazon… really?  Wow!

Thanks to the relative anonymity of the internet, I can guardedly share my masterpiece.  I continue to struggle with what to share on this website – does anyone really want to know where the characters came from, how the process worked for me, and what else is in the works?  Maybe.  I guess I’ll put it out there and see what happens.

It must be real if it is on the internet, right?  Well, it feels real from here anyway. 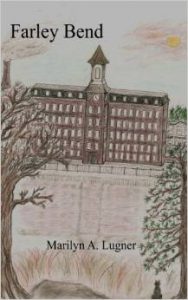